In the beginning was… the company Gummi Menzel in Munich, an established wholesaler for industry, engineering and manufacturing.

But this era also passed. Due to advanced age, the owner at that time sold his company. This marked the beginning of considering the foundation of a new wholesaler, which would consist of “veterans”.

Initial considerations were discussed at a beer garden in Munich’s district of Lochhausen. Just one week later, Monika Guglhör made the decision: “We can do this!” 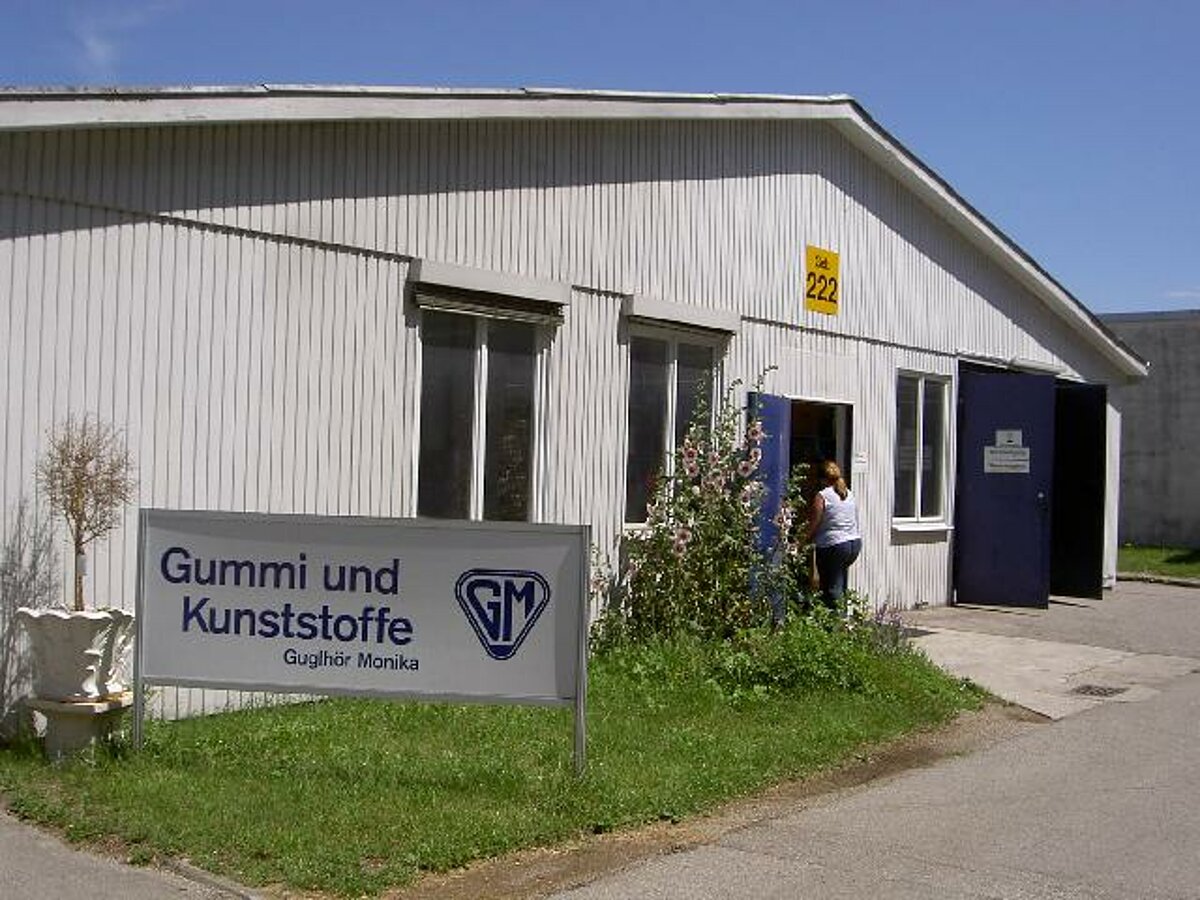 09/01/1996 - Only 4 months later, on 09/01/1996, the newly formed company “GM Rubber and Synthetics” opened its doors under the direction of Monika Guglhör – hence the name Guglhör Monika – and invited guests to its opening.
What followed has been a hard-earned success to this very day. First, old strengths were expanded upon – synthetics and rubber, everything that revolved around these terms was of interest. Gradually, the range of products was expanded to include hoses, fittings, adhesives, etc.

Since September 1999 – an occupational safety department was set up. Today we can’t imagine life without it. This is how the company‘s name changed to GM Gummi & Kunststoffe – Arbeitsschutz.

In 2000 – we took part in the IHM (Internationale Handwerkmesse Munich), a renowned trade fair in Munich. Other trade fair participations followed, such as BRK and DLRG congresses, specialist forums of the fire brigade, GPEC, Interschutz, A+A, etc. 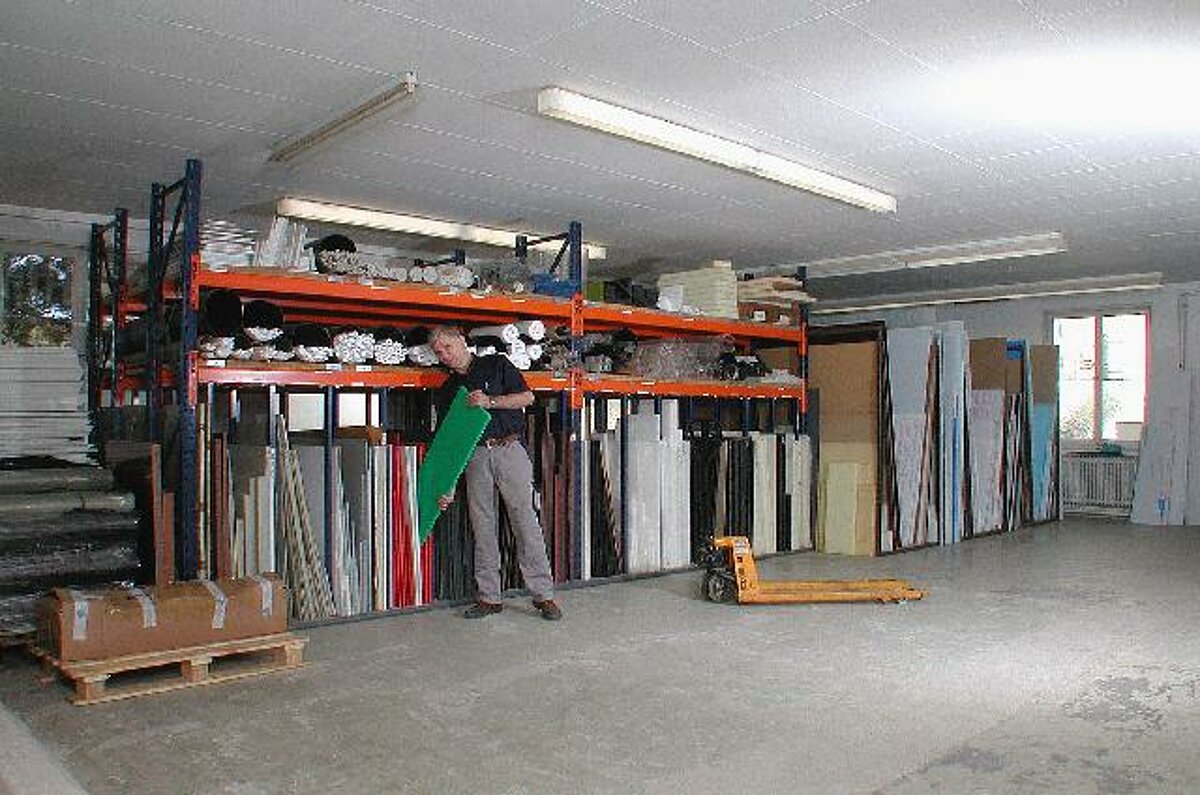 2007 - New construction and relocation (Georg-Maurer Str. 4)
After only a few years, the leased premises, originally designed for 6 employees, were no longer sufficient. The team quickly grew to 10, 15 and then 20 employees. That is why it became clear at the beginning of the new millennium that, sooner or later, a relocation would be necessary. To ensure future continuity, we decided to build our own facilities after careful consideration.

And thus, we were happy in 2007 -  after only 6 months of construction, to move into our new premises located at Georg-Maurer-Str. 4. In 2006, the company structure was also adapted to meet the new circumstances and the previous sole proprietorship was converted into a GmbH. 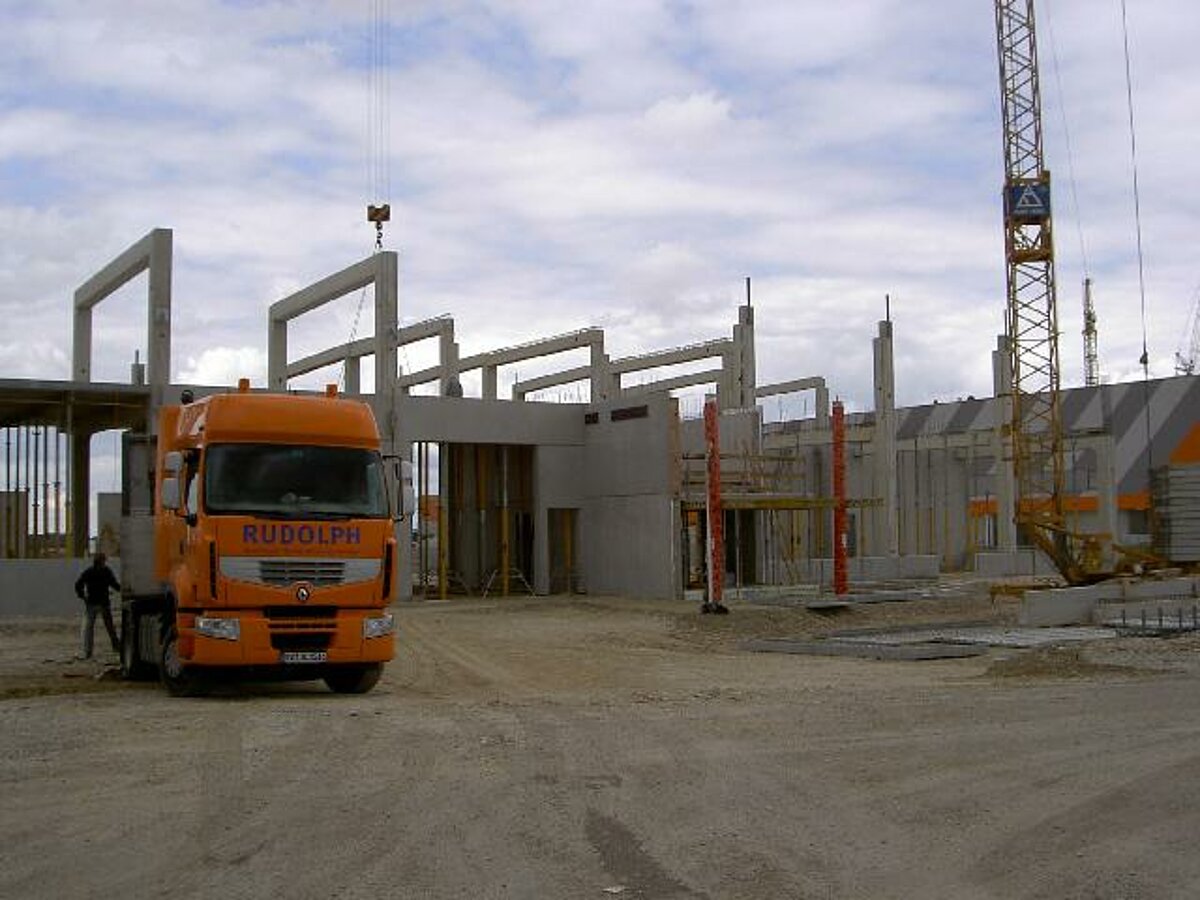 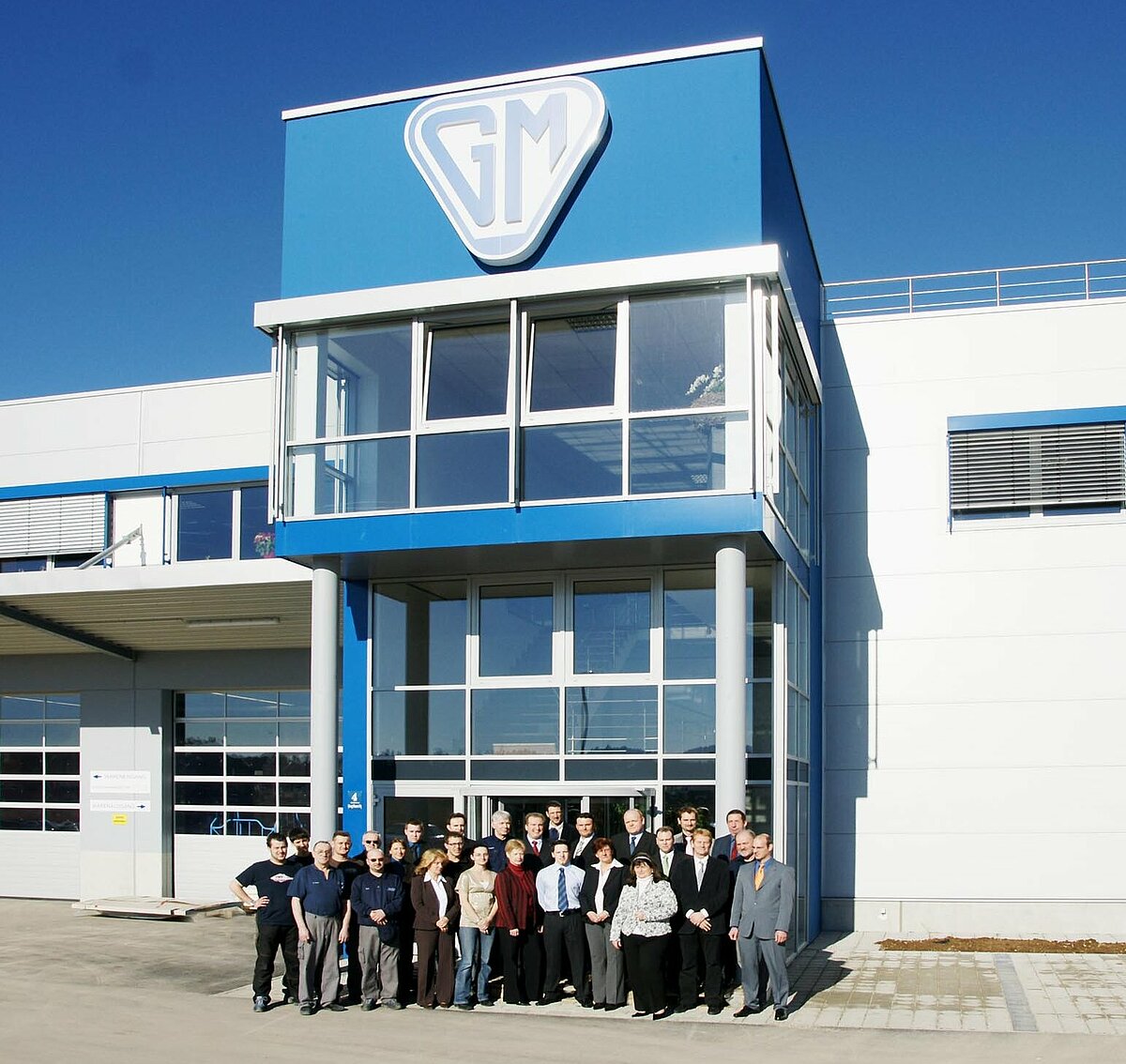 We receive the Innovation Award in 2008!
In 2008 we received the VTH Innovation Prize endowed with €10,000 and donated by the Vincentz-Verlag. In this case, the manufacturing sector, the employers’ liability insurance association and the association recognized one of our innovations in the occupational safety market:  the glove adaptor.

2016 – 20 years and new construction II (Georg-Maurer-Str. 7)
Just in time for our 20th birthday, we are giving ourselves a gift: a newly constructed building. At Georg-Maurer-Str. 7 – right across from the existing building, an office building with a warehouse stands since April 2017. This is where the entire occupational safety department will be housed. Our professionals will also be offering training and professional development courses to our customers in these new facilities.

The space freed up in the existing building will be used to expand production of the rubber and synthetics division. Among other things, this is where the new 5-axis processing center has been built. 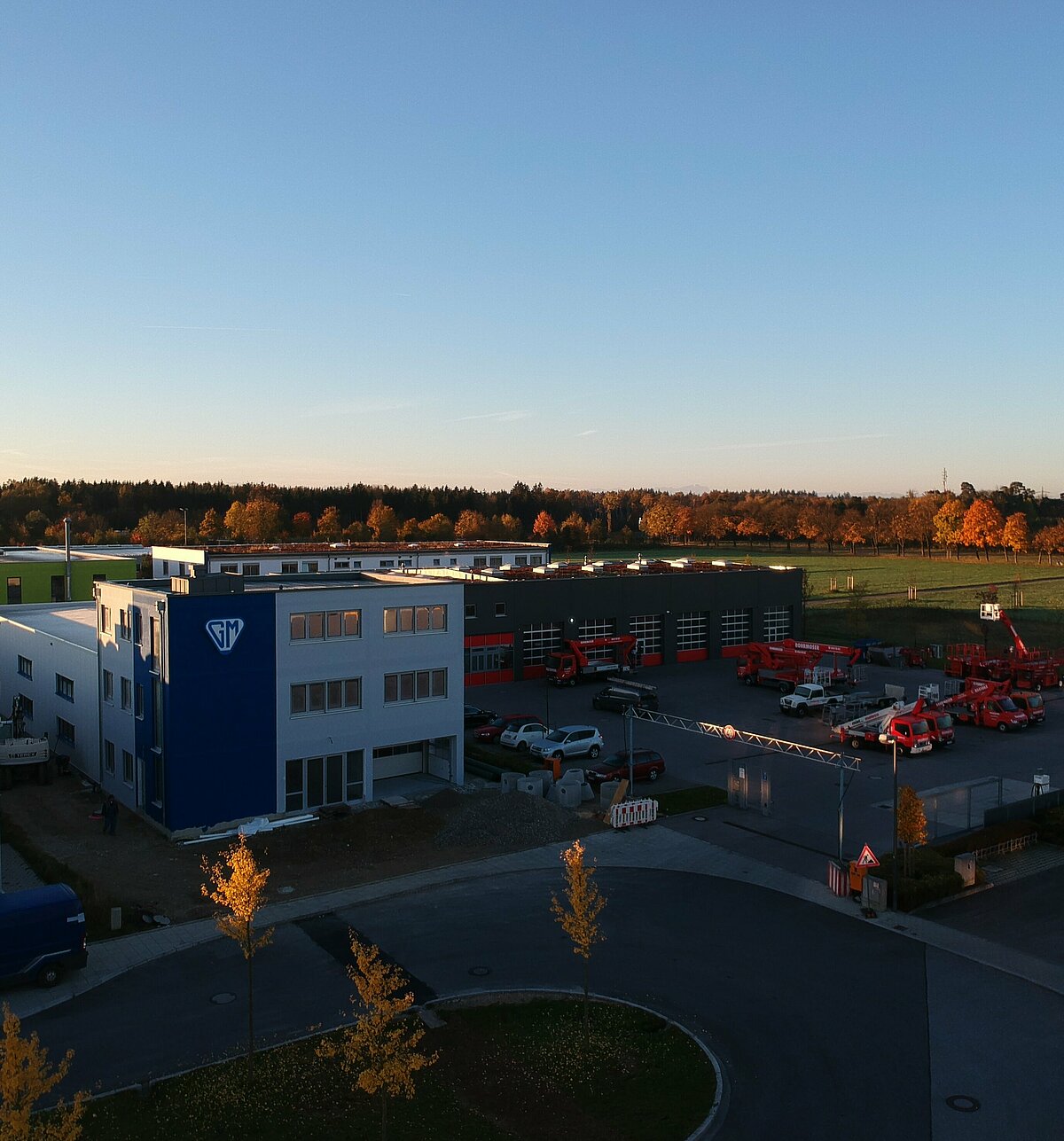 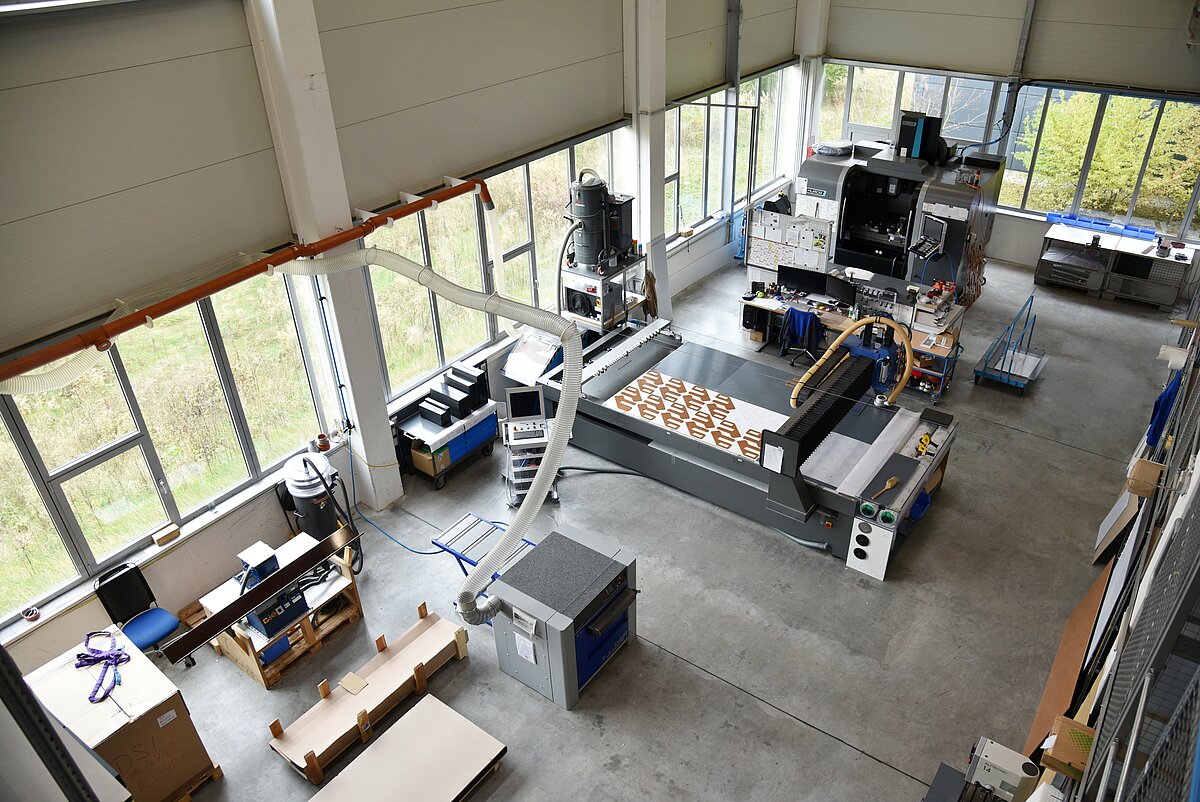 2018 - Continual expansion and renewal of our machinery

2020 - Corona has shaped us all – a challenge for us as for many. We supply various government agencies with certified protective equipment, always on time…

P.S.: For those who are interested in this, Georg Maurer (†1980), after whom our street was named, was a well-known surgeon and member of the city council in Munich.